The largest issue in trying to sum up corrosion in electronics is that they are made from various different materials, which interact differently in different environments. Resistors, capacitors, inductors, integrated circuits, the printed circuit boards themselves and other more specialized components span a wide range of the periodic table, not to mention all the compounds and very specific alloys used throughout the electronics industry. There are also many different types of corrosion which can affect these materials. Everything is to some degree susceptible to corrosion (at the end is a handy chart of what gases affect what materials), although there are some metals which react so slowly, they seem inert. This is why gold, which is incredibly non-reactive, is used as a plating to protect other metals, specifically in switches, where contact area is especially important and corrosion can cause faults quickly. It is also why gold is still used and stored for wealth.

Other metals, like aluminum, form a thick oxide very quickly in normal air. This passive layer of oxide protects the elemental metal inside like gold plating. However even these well-known techniques of natural and artificial passivation have their failure points. When two different metals come into contact within an electrolyte (we’ll get to that in a second), they create a circuit. Because this circuit is not made only of metal, it is not strictly electrons which get passed around and in fact ions begin to move and react with metals, creating oxides and metal salts, i.e. corrosion. This process is called galvanic corrosion. It is this type of corrosion which requires long pipelines and large ships to have expensive impressed current systems on board which use finely tuned electronics to counter-act the galvanic corrosion circuit in order to prevent the pipe or hull from corroding. This same circuit type corrosion is thought to also be the essential action process of a few other more specific and rather difficult to detect types of corrosion, like pore, pitting, filiform, crevice and to some degree stress corrosion cracking, although that also requires tensile stress, hence the name.

The largest issue in trying to sum up corrosion in electronics is that they are made from various different materials, which interact differently in different environments. The key areas to focus on in the real world are moisture, air composition and temperature.

Knowing how vast the subject is, are there any conclusions one can make in general to try to prevent corrosion of electronics in the future? Certainly! The key areas to focus on in the real world are moisture, air composition and temperature. Galvanic corrosion only happens in an electrolyte (I told you we’d get to it), which means there needs to be some kind of moisture in order for it to begin. This can come in the form of drops or spray of water, or it could come in the form of high relative humidity. Relative humidity is rather hard to control, especially in storage and shipping situations where conditions inside a container can change drastically based on weather outside. These situations are more threatening than when an electronic device is working, as usually the heat from the device will keep it dry near the electronics. Having moisture around will also increase the rate of corrosion of those materials which are more susceptible to general surface corrosion.

Air composition is the second important factor because there are certain gases and ions which can increase corrosion exponentially. Many common sulfur and nitrogen compounds react very quickly with materials, which is the reason corrosion is significantly more of a problem in highly polluted areas, like certain parts of China and other growing industrial centers. Chloride ions also contribute greatly to corrosion, specifically the pitting corrosion of aluminum and stainless steel. It is the abundance of the chloride ion in the ocean which makes shipping by sea another particularly corrosive environment, however, in fact, the ubiquity of chloride ions in all un-filtered water is the reason for my conflation of moisture and electrolyte earlier. The last factor, temperature, when increased, will simply increase the rates of all of these reactions.

Now that we know what to focus on, what can we do to affect these factors? The most expensive factor to control, as it turns out, is temperature. There is no cheap, easy way to control the temperature of containers, particularly during storage and shipping, where time and changing weather can be important factors. However, if we can control the other two factors, temperature becomes less of an issue. Corrosion control is the growing field of study dedicated to preventing or at least slowing the pace of corrosion. For more on this subject, check out our post on corrosion control. 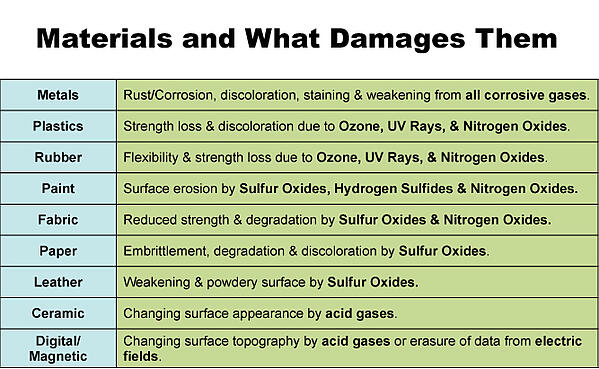 More from our series on pitting corrosion, and the more specific topic of aluminum corrosion.