In conversation with a young union pipe fitter (Local 537) at the local pub, he shared how they prepare metal surfaces for welding, soldering, joining, and where the stress points are. Our man emphasized that with any pipe system, it is the joints or the connections that are the most susceptible to failure. It occurred to me that is the case with most products, simply, the weakest link is where materials meet.

The end of the year is always marked by all sorts of lists and countdowns. I enjoy the symbolism of ending one chapter and beginning of another, and there is no more natural time than now to do this. 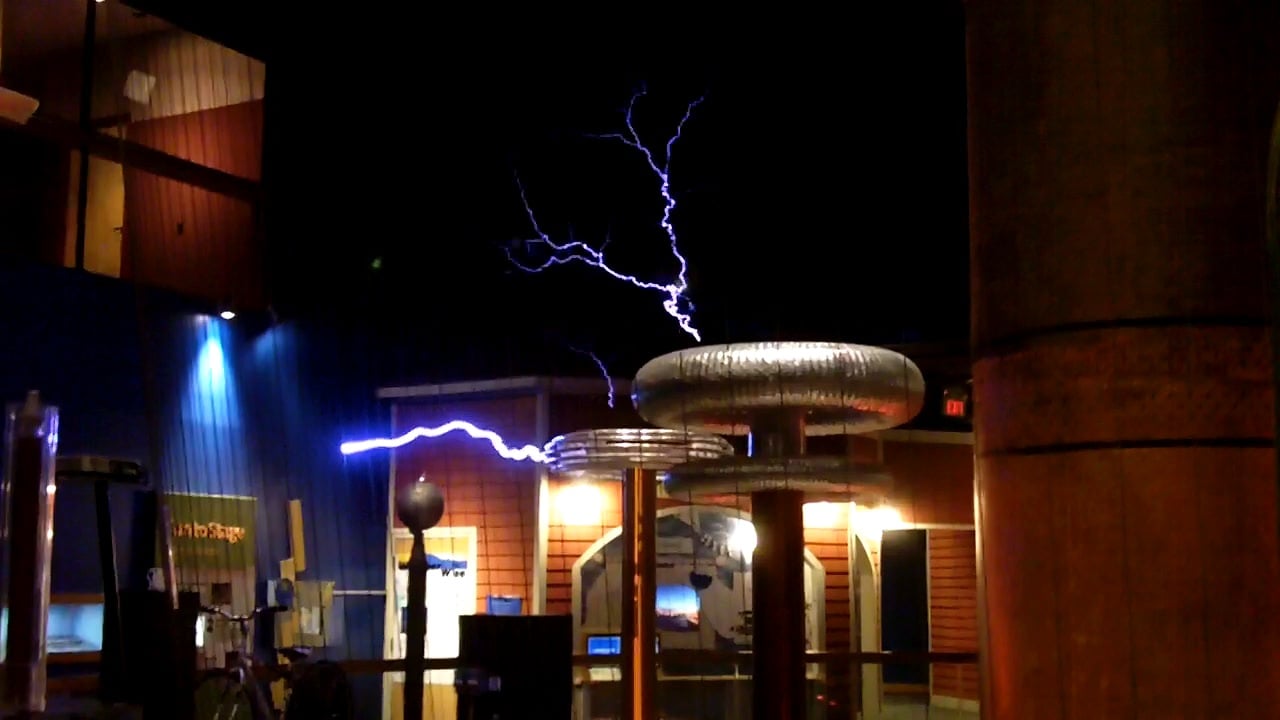 At Liberty Packaging, where our clients are mostly industrial manufacturers, we have labeled the month of February ESD Month, as the weather across much of the United States is colder with less humidity.  Electrostatic discharge is more likely to happen at this time of the year, for instance, when you pull two articles of clothing apart, you hear that crackling noise (charge devise model or CDM) or when you walk across the carpet to touch a metal door knob and zap!....that's the Human Body Model (HBM).

It's a Small World: How Intercept Packaging Fits

I have the black and white map (at left) hanging in my house. It is a digital map of all of the flights across the world over the course of one day. When I am feeling pensive I look at it and think how small the world can be and how quickly I can get, literally, anywhere. On the other hand, the colored map (below right) shows the trade routes of British (yellow), Dutch (green), and Spanish (red) from 1750 and 1800. It’s amazing what 200 years can do.

Over 110 million Americans tuned in to watch the Super Bowl in 2012, and for three straight years the Super Bowl has broken its own viewer record, priming this years’ (2013) to be, again, the most viewed television event in history (even before the official numbers come out). There is the typical build up and fanfare surrounding the event, and why not; it is the quintessential BIG American event. This year was different. The story lines set this one apart: two young coaches who are brothers (who probably have the fiercest rivalry and adoration for each other), an all-time great retiring, a mid-season second year backup quarterback turned sensation, and the list goes on. My favorite story line, albeit a quiet one, had to do with Joe Flacco.

Best Packaging for Electronics: Then and Now 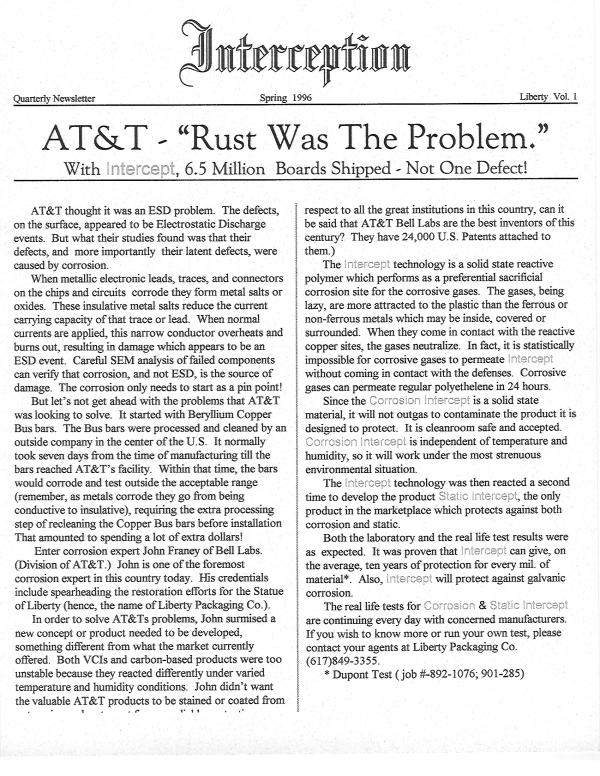 While cleaning out the office this holiday season, we came across our very first newsletter sent by U.S. Mail to our contacts in 1996.  Since the inception of Liberty Packaging, our basic marketing philosophy has been to share information about Intercept Technology™ packaging materials. Seventeen years later, it occurs to me that the information shared remains as valuable now to any company manufacturing electronics; devices, boards, and assembling full units. Intercept Technology barrier packaging was disruptive technology compared to the rest of the barrier products in use at that time.

The Trouble with Corrosion

Recent unseasonably warm weather in our area suggests there may be a bad corrosion season ahead of us. Corrosive gases are more active in warmer and more humid weather. To help you prepare, we offer:

Our short video: Do You Know What You're Spending on Corrosion?" The Intercept Technology heavy duty barrier packaging is simple, effective and easy to use in comparison with other old-fashioned barrier products. This video will tell you how.

A recent article in Packaging News prompted me to consider our role in the packaging industry as innovators and promoters of more efficient materials and processes. Rather than consider ourselves the victims of "wrap ragers" or "packaging bashers", we in the industry must be arbiters of change.

Packaging Saves the Day - Part One 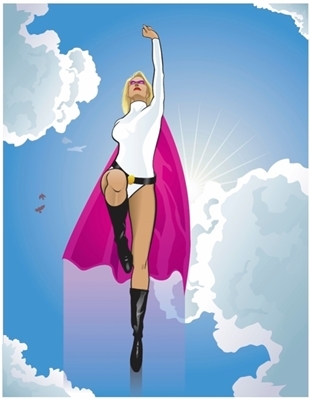 I read an article in Packaging News this week admonishing people within the packaging industry (specifically food packaging, but it could apply to all) to stop playing the victim. That phrasing took me by surprise briefly, but I understand. Packaging, particularly in the retail realm, is often thought of as wasteful and unnecessary. According to this article, at the Ardagh Group’s sustainable packaging event in Paris, Professor Dr. Michael Braungart told Packaging News, "the packaging industry is saving more lives than any other industry, by protecting food and ensuring longer shelf-life for food." He went on to accuse the packaging industry of "guilt management", for example, "we were 100% bad and now we are 90% bad and our goal is to minimise our impact".