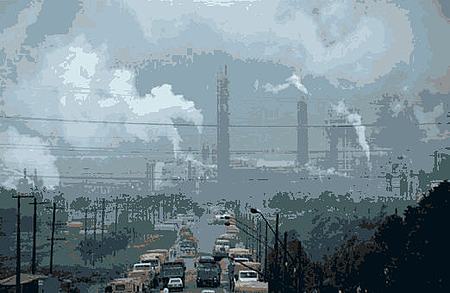 Corrosion is one of the most underestimated and often misunderstood forces humans deal with on a daily basis. A large part of that underestimation is the image in many people's minds of what corrosion is.  We tend to think and talk about corrosion similar to erosion: it's a geological time-scale force with which humans not only needn't engage but indeed shouldn't even concern ourselves, as it would be a futile waste of time and energy. Such a submissive attitude toward the natural forces may serve as a satisfactory spiritual practice, but to the discerning member of any competitive economic system, it is simply untenable. While the idea of battling corrosion may then conjure an image of poor Sisyphus and his infinite boulder displacement task, corrosion control can be done effectively and without anguish, as we've seen in our series of posts on the subject. Of course images and possibilities are interesting, but only hard data will tell the real story.

Unfortunately the general underestimation of corrosion has lead to a concerning lack of information regarding both the direct and indirect costs of corrosion both in specific sectors and the U.S. economy as a whole. NACE International oversaw a study, as requested by the United States Congress, from 1999 to 2001 in conjunction with numerous national organizations to find the cost of corrosion on various sectors and then extrapolate that to a total cost for the entire U.S. economy.  The study sought meticulousness from the start as studies which had been conducted prior were left wanting in that area. However, as is clear from the final report, these researchers were also met with a dearth of information. Certainly they did their best, and were able to find out more than had been previously known, but the conclusions of the study need to be taken with a certain amount of salt, particularly now, fifteen years after the study was completed.

The study concluded by estimating that the direct cost of corrosion to the total U.S. economy is around $276 billion, or 3.1% of GDP in 1998. The obvious update here would be to simply take that percentage and apply it to the current (2016) GDP to find the current total direct cost of corrosion. With the most recent GDP data available (2013), that would land somewhere in the $500 billion range. That's a lot of money and it's only the direct cost; the study suggests that the indirect costs are around the same as the direct costs. So it might seem reasonable to conclude that the total cost of corrosion today is around $1 trillion. However that kind of update ignores the fact that the economy did not simply grow in the last fifteen years, it grew and changed in ways which specifically allowed corrosion to be more pervasive. At-risk metals are finding themselves in all kinds of new places as electronics are fit into yet more unusual, and often hostile, environments. Also with regard to electronics, regulations passed in the early 2000's forced many manufacturers to discontinue the use of lead inside components. While the replacement metals are pleasantly non-toxic, they are also more susceptible to corrosion, which has lead to a decline in the robustness of consumer electronics and a need for more corrosion control. These changes suggest that a simple re-application of a percentage in order to find the current cost of corrosion is not simply useless, it promotes a false sense of security or at least a reasonable apathy, thinking that corrosion is relatively as expensive as it was fifteen years ago.

Corrosion is certainly more expensive than it was in 2001, not only in the obvious absolute terms, but also in relative terms. Of course it is hard to speculate on real numbers because information is lacking, but the true cost of corrosion today could be somewhere closer to 10% of GDP.  Only a new study would reveal the truth. Until then it behooves everyone to give some thought to corrosion control and maybe start collecting some data on their own, in case NACE comes knocking at the door.