Packaging - Warmer Weather Cause and Effect 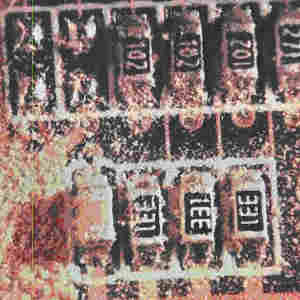 Cause and effect, action - reaction, push - pull; however you want to delineate it, some sort of change will cause transformations, both favorable and detrimental. What brought this thought on, you ask?  I was executing my February home property inspection - a task surely effortless in this crisp 40 and 50 degree weather rather than in past years trouncing through feet of snow. This year’s winter weather has been a record breaker and unseasonably warm in New England. It feels as if we are living in Maryland or the Carolinas.

Sneakers and sweaters instead of boots, mittens, long underwear, heavy jackets all buttoned down, and ski hats are the good things; what could possibly be the negative? In order to discover possible effects, here are my observations on the property. Some cause concern; others, perhaps not.

•The moss is quite rich in one corner where the tree shadows the lawn. I like moss mixing in with the grass and between the patio bricks. The colors are pleasing and, since my kids are all grown up and we don’t use the yard for activities anymore, we can live with its delicateness.

•The dark side of the house has a great deal of mildew on the white vinyl siding. On the same side, the chimney has a destructive-looking moss growing on it. With such a head start, this growth will only gain purchase as the moist Spring and Summer months come. Mildew and fungus are similar to corrosion; they will decay materials and as everyone knows, their spores can be unhealthy for inhaling. Removal will be a safety-masked job during Spring cleanup.

•There is an unusual green appearance on the grey bark of the swamp oaks in the wetlands out back. (I like that these areas are now referred to as “wetlands” and not “swamps”.  Wetlands is a more dignified name, causing me to feel greater responsibility for their preservation.) The green appears to be some sort of fungal growth such as mold or mildew. It is a straightforward discernment; warmer weather, more growth; cause and effect; action - reaction.

•I have a feeling that soon I’ll be involved in a difficult struggle with ants marching for the easy sugars in our pantry.

Based on observations of my own property, it looks like the fungal and insect populations are getting a head start, not just in the Northeast area, but I’ll bet all over the country. Warmer temperatures will affect the business and manufacturing communities and the products they make as well. Materials like wood, rubber, composites (including circuit cards, as pictured above with fungus growth), metals, paper, fabrics and packaging will be susceptible to decay due to mold, mildew, and fungus growth.

Liberty Packaging Co., represents the Intercept Technology line of barrier packaging products. Intercept heavy duty films inhibit mold and mildew in a natural way, without the use of volatile chemicals. The protective barriers established by Intercept inhibit insect penetration as well. The cause, higher temperatures; the effect, more fungi and insects. The solution, Intercept protection.