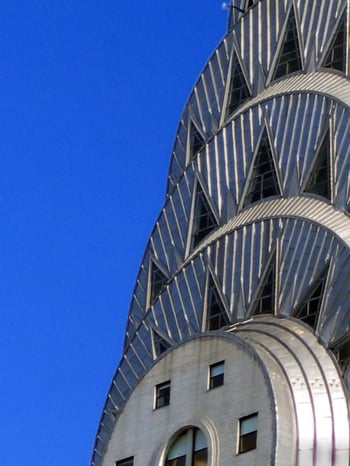 Stainless steel was first developed in the 1870's, several millennia after its predecessor steel, of which the first known samples are dated to around 1800 BC. Of course even before steel, man needed to and did master the art of smelting iron.  This knowledge marked an historically important point for man known as the beginning of the Iron Age (it must be mentioned that the way we gather ancient history, i.e. archaeology, naturally results in this particular oft-used historical taxonomy, as well as various tool-based approaches to early human psychological development). But then if iron and steel have been around for millennia, why was stainless steel only created a mere century and a half ago?

Stainless steel is still everywhere in everyday human life, despite our more recent love-affair with aluminum (and even more recent carbon-fiber fixation). From bed frames to electronics casings to guitar strings to possibly the most used items, the now poorly named silverware (I encourage everyone to henceforth promote #stainlesssteelware) (also I am aware of the term "flatware", but who really says that?). The reason stainless steel is used in such situations, which is the same reason it took so long to develop, is explained almost precisely in its name. The term "stainless" is at the same time slightly misleading and technically incorrect, but also perfectly descriptive of the everyday view of stainless steel's advantage as a metal. Stainless steel does not rust in the same way that iron does, which is general surface corrosion, the creator of those brittle flakes of reddish iron oxide, probably the most common image associated with corrosion. Stainless steel is made, like common steel, with iron and carbon, but with the addition of chromium, an element which was found to form a passive layer of oxide, which does not flake off, rather it protects the material within. Chromium gives stainless steel its seemingly timeless luster, and of course chromium was only discovered in the late 18th century, explaining stainless steel's late arrival (possibly more explanatory here is that corrosion was not studied systematically until the early 19th century). But nature has been particularly fertile in generating the family of corrosion types, leaving man both the task of categorizing them and the insurmountable battle against them, which leads (finally) to the main point. 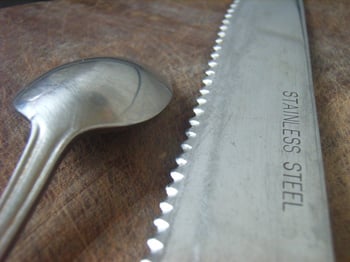 Of course this probably doesn't come as a surprise to anyone who has stainless steel silverware more than a few years old. The irony of the name stainless steel is that the most obvious signs of its corroding are exactly what it claims to avoid. It gets stained, fairly quickly if you make a habit of stirring acidic drinks like coffee. This is in fact a kind of general surface corrosion (note that what may seem like a lie about this earlier, was merely an approximation; the rate of surface corrosion of stainless steel is puny enough compared to that of iron to be described as negligible), eating away at the protective layer of chromium oxide. Unfortunately there is another type of corrosion which also acts on stainless steel, and other metals, like aluminum, which have a protective passive layer.

If the greatest trick the Devil ever pulled was convincing the world he didn't exist, then pitting corrosion is more menacing than Beelzebub himself. Pitting corrosion avoids the need to convince anyone of anything by being inherently devilishly difficult to detect. Pitting corrosion is a type of galvanic corrosion, i.e. it occurs when metals of differing nobilities come into contact -- see this post for more on galvanic corrosion -- which invades microscopic gaps in the oxide layer of a passivated metal. Such gaps can be the result of a chemical reaction or a simple physical scrape or chip, and can be undetectable by the naked eye. The minuscule size of these gaps also creates a local environment of chemicals, around the pitting corrosion, acting to maintain the process. This local area of high corrosiveness means pitting corrosion, once it has begun, is one of the fastest corrosion processes known. So while the outside of corroding stainless steel may show little sign of damage, pitting corrosion may be quickly burning away the insides, often with the help of actual brimstone.

Fortunately man has remained determined and invested in continuing to invent tools to shape the world, and as such, there are several other options, besides passivation, for controlling corrosion. See our posts on Corrosion Control for more information. And certainly constant diligence for observing and maintaining vital infrastructure is a necessity in the face of corrosion's perpetual threat. But the perils of pitting corrosion especially require preventative measures, as once it initiates, it swiftly consumes all the valuable stainless steel it can. 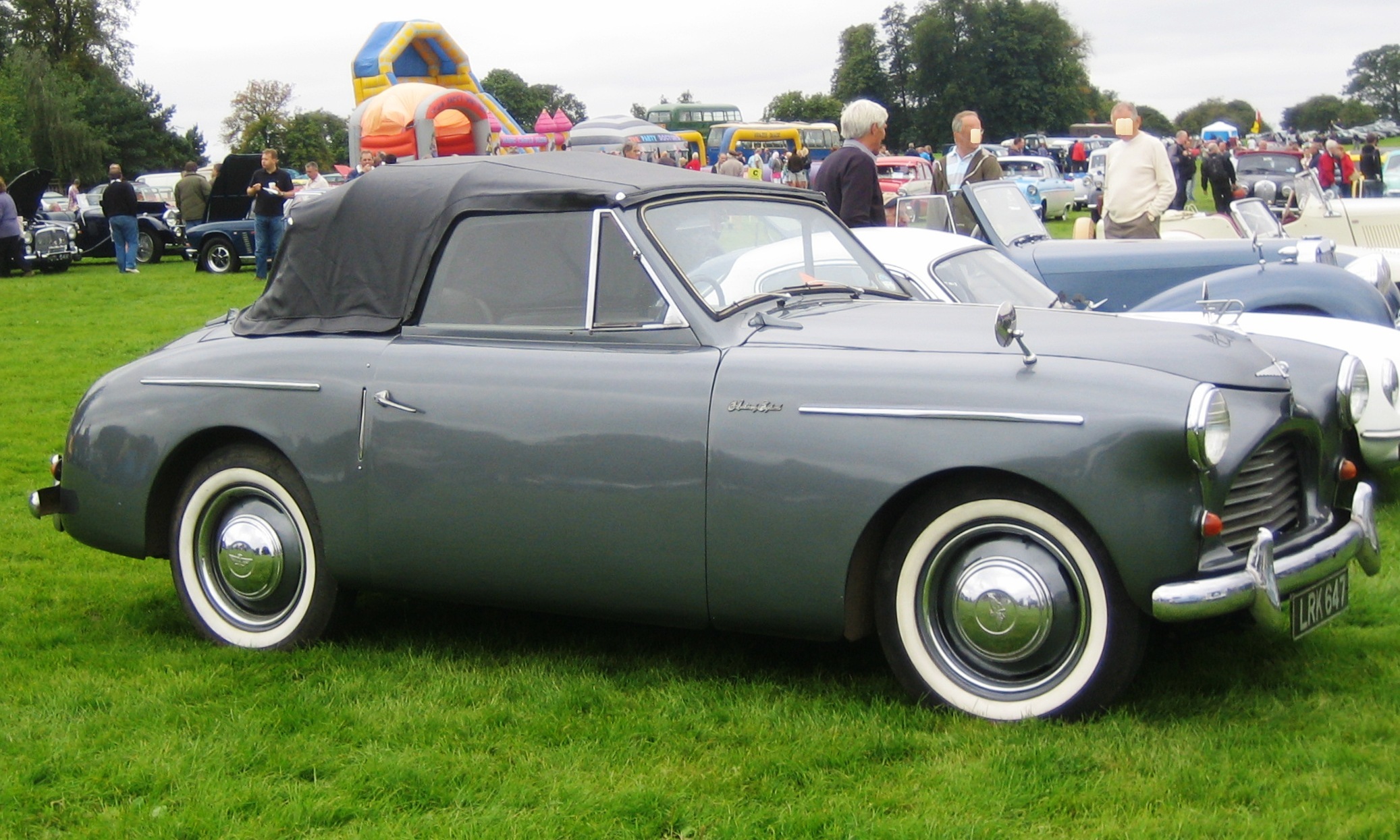