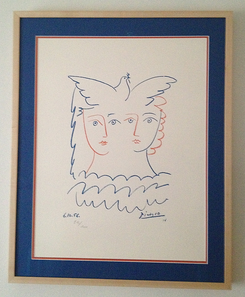 While framing a recently acquired gift recently (see photo at left), I had many choices and questions thrown at me. Do I want to pony up for the museum quality glass (with UV protection)? Is it worth upsizing? Floating vs. matting? I have been framing mostly screen prints for a long time, and I have found that I enjoy each one for a different reason, maybe it is finding the right frame, the balanced color on the mattes, experimenting with a new angled cut between the layers, or playing with the proportions between the frame matte and piece. This time was different, due to the generous nature of the gift; I had to consider the long term preservation of this piece because allowing anything to happen to it would be a blow to my ego as purveyor of arts and even a curator of sorts. So this time my focus was on preservation.

In my research I found statements from a Smithsonian curator discussing the fact that a lot of pollution hanging artwork comes in contact with comes through the wall. This was contrary to my previous understanding that pollution would come in just when the doors and windows were open. This is an even bigger concern now because I moved closer to Chicago, a dense population center that is bound to produce more pollution than my former suburban hub.

With this in mind I queried the framer about what he would recommend, and he suggested a zeolyte matte board. The problem is that I know the history of zeolytes , which makes me skeptical of using them in my personal art collection. Zeolytes come from the oil and gas industry; they were designed to remove contaminants from the oil or gas during the cleaning, refining, or purification processes. These zeolytes were designed to function in the Parts Per Million (PPM) world. The problem is that I, and you (if you live in North American or Europe), live in the Parts Per Billion (PPB) world. By this I am referring to the amount of pollution we encounter. For example, the EPA’s standard for clean air in America is set at 75 PPB (or .075 PPM1). As a comparison, many of us heard about the pollution levels in Beijing for the Olympics. The pre Olympics CO level (along the marathon route) was 5.9 PPM, and this was lowered drastically to 3.6 PPM2.I am in Chicago and am interested in what will protect my artwork here. Obviously more thought and testing need to go into this, and why Zeolyte art protection testing was done at 5 PPM, a level unseen in America -  at this level I would care more about my health problems than anything else.

My solution: pony up for the museum grade glass, the sturdy frame, but skip the zeolyte backing until I see support for it working at realistic levels of atmospheric pollution as seen in the United States. The smart alternative for me is to follow the Smithsonian’s lead, use Intercept on the back of my artwork to prevent gasses from seeping through the wall and keep the micro environment inside my frame free of corrosive gasses. These were the most prudent steps I could take towards my goal on this piece, which was simply preservation. 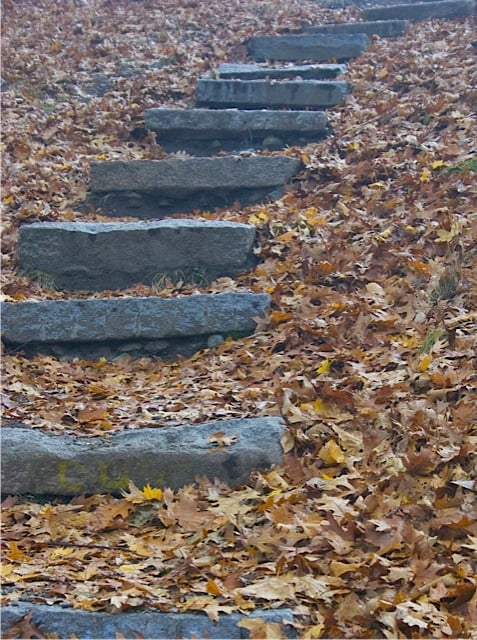 Take Ownership of Your Environment